Chickens are some of the most abused animals, killed for their meat and currently in the United States about 9 billion are killed yearly for their flesh. There are round about 205 million hens who are used for their eggs. Most of these animals spend all of their lives in confinement, it starts from the moment they hatch to the day they are killed.

If you look at the number of chickens killed after being raised especially for food then it is more than any of the other animal on land combined and want is even scarier is that not a single federal law protects them from abuse. Chickens raised for eggs have had a large portion of their beaks cut off, they spend their live filthy, are cramped in wire cages in an area smaller than a sheet or notebook paper. There is never space to spread their wings or even one wing and the cages are stacked on top of each other and the conditions are disgusting. 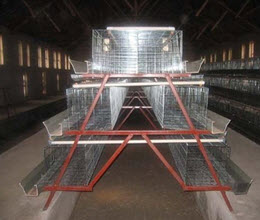 Cages are kept on suspended and manure pits are set below, these are not regularly cleaned and some actually rarely clean them at all so it builds up causing skin infection and respiratory diseases. 9 billion chicks are raised yearly for slaughtering and eggs are placed inside huge incubators, chicks are crammed into crates for shipping and sent to farms, they never meet their parents. Then there still is the broiler sheds, tens of thousands of chicks are packed into a building or shed and it’s extremely crowded as they grow larger and often have no choice but to walk on each other and over some that have died in the horrible circumstances.

Chickens functions well in small groups, it is said they function best in groups of less than 20 which allows each t find their own little spot. In huge crowds, they are frustrated and peck each other, this cause injury and in many cases death.

With the horrible circumstances on factory farms many of the chickens get sick and instead of getting the filthy conditions sorted out or giving them more space and cleaner areas to live in, farmers mix in large quantities of antibiotics into their feed in an attempt to stave disease, but the still die. More than a fifth of the bacterial contamination that happens at the factory farms still ends up on consumer’s plates and the A U S study found that more than 87 percent of carcasses of chickens are contaminated with E Coli bacteria.

In the egg industry, male chicks are worthless, they don’t lay eggs and are too small to be used as meat, this is shocking although facts and over 200 million of them are tossed into trash bins, trash bags to suffocate. Some are thrown alive into the high-speed grinders.

To the rest of the world, chickens are inquisitive, intelligent and interesting animals and many keep them as pets. They are extremely social and like to spend their days taking dust baths, lying in the sun, scratching for food.

The cruelty on factory chicken farms and slaughterhouses are sickening and include forcing their legs into shackles, cutting their throats and immersing the chickens in boiling hot water to make removing their feathers easier. Still wonder why so many have removed meat from their diet?